Rated 4.86 out of 5 based on 7 customer ratings
(7 customer reviews)
Add to wishlist
Add to Wishlist
Description

Do you travel often for work or leisure? Are you tired with the hassle of airport security delays?

With our Lermende super-durable TSA Approved Clear Toiletry bag, make passing through security a pleasure, not a chore.

Take it to the pool or beach, throw in a larger tote or travel bag & know your items are protected from moisture or sand! Easy to wipe clean. 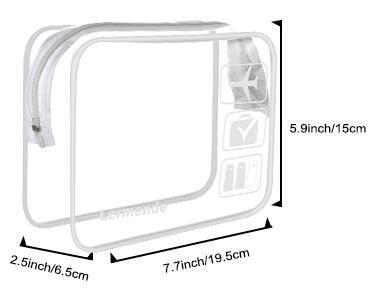 Complies with the 3-1-1 rule for TSA screening. Easy and quick to pass through airport security. 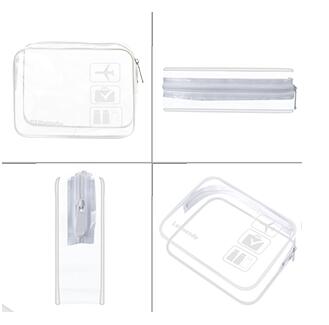 Made with waterproof clear material. Waterproof keep item dry inside. Clear high visibility make check and get items a breeze. Lightweight ease burden. Semi-supple and compressible, save your space when not use. 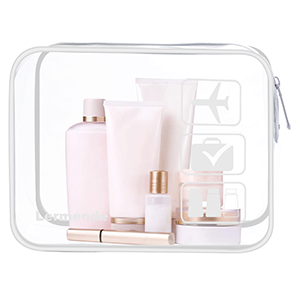 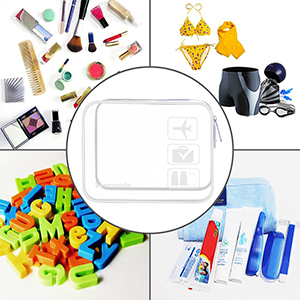 Multifunction Organizing Bag, for all ages 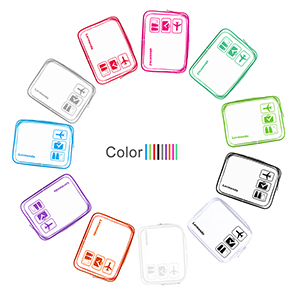 Stacey Ritter
Rated 4 out of 5
These provide a variety of styles and sizes of containers for travel, which was super helpful. There were one or two that leaked. One was for a face wash I have had leak in other containers, too, in the past, so I can't say for sure it's the fault of this set. The other was some makeup foundation I had put in a small screw top canister. All in all, a good purchase. I'll continue to use it.
C. Dale Slack
Rated 5 out of 5
My wife and I took a short vacation last week, and I ordered these especially as we were flying with only carry-on bags. These are sturdy little vinyl/plastic zippered pouches that hold your liquids and toiletries. They are surprisingly spacious and hold everything you realistically need for toiletries for a vacation; they are also the right size and are see-through so TSA is not freaked out by them. They do not smell (like some cheap plastics do), and are a great size and shape for putting in your "personal item" of carry-on luggage. The zipper is pretty good quality-- does not seem flimsy or prone to breaking, and I had no trouble so far with opening and closing it. We bought them in a three pack, and I expect our daughter will use the third when she gets old enough to travel with us. I'd recommend these to anyone who needs a good carry-on toiletry bag.

tedsgirl
Rated 5 out of 5
We've tried four different carry on toiletry bags and this is by far the best. The key is it has a flat, wide bottom that continues up the sides and top where most close to a point at the top. This allows you to put an extremely large amount of things inside. I probably got twice what I normally could carry into one of these.
Not Daniel
Rated 5 out of 5
Bags are great and the price is reasonable as you receive 3-bags. They do have an odd smell to them as first but, as the description says, leave them out for a day opened and it goes away. The zippers don’t feel terrible, but they do feel weak, I would avoid over stuffing these bags, they hold a lot so that doesn’t seem to be a huge issue. I ordered these bags for a 3 day trip in which my wife and I just took carry on luggage and they worked really well, we had no problems with TSA. As of now I would definitely order again if I needed another three bags.
bastutz
Rated 5 out of 5
I have used ziplock type baggies for my carry on liquids and decided to get something a bit sturdier for our overseas trip. This bag was perfect. It held everything I needed, (hairspray, shampoo, conditioner, dry shampoo, perfume, hair gel) plus some(bar soap, deodorant) for our 2 week trip. The bags are well made, zipper slides easily and when one of my bottle exploded the bag kept the mess contained.

MysticalRose
Rated 5 out of 5
I'm always looking for clear cosmetic bags so I can see exactly what I have inside instead of having to open the bag. These 3pc set come in one size with an extra long and colorful yellow zipper pull. I don't know exactly why that is, as there is already a big enough zipper pull on the bag. These are made with PVC material so they are strong but not too stiff. They come in different colors and I just like these purple. The zippers all appear well sewn in and glide smoothly. These bags would be perfect for those liquid items you have to take out of your carry-on or personal item when going thru security line at the airport.
Person Who buys things
Rated 5 out of 5
We just got these, for a business trip that my husband is still on as I type this (two weeks in Korea form the US). They seem to be sturdy/ well-made. There was no particular plasticy smell to them, the zippers moved smoothly, though it took a little "reshaping" to get them to glide around the curves. don't anticipate him having any issue with them going in either the checked or carry on (they went in both). He made it through security at LAX using one of them as his 3-1-1- liquids bag, and had no issue (much nicer than a ziploc, imo). There were three bright yellow zipper pulls included, so I used one of them to indicate at a glance which one he needed to grab for the security inspection (I know, they're see-through, so this was an extra step that may not have been necessary, but since I sent two zippy bags in his carry on, I figured I'd make it so he could just grab one by the zipper pull without having to inspect the contents. I mean, hey, they were there). If it turns out that they were absolute garbage/ fell apart after traveling, I'll come back and update this review, but for now, I'd say we're pleased with the item.

No products in the cart.